A Look at a Rare Disease: Pompe Disease 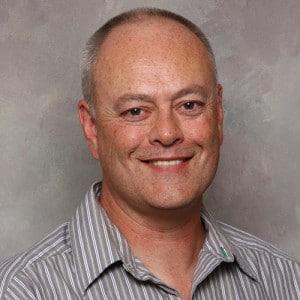 Brad Crittenden, Executive Director for the Canadian Association of Pompe

What is Pompe disease?

Pompe disease is a rare, inherited, degenerative disease that comes in two forms: infantile-onset, which affects approximately 1 in 138,000 infants, and late-onset, which affects approximately 1 in 57,000 people worldwide. The more severe infantile-onset form often results in death within the first year of life, while the late-onset version results in widely variable symptoms and begins at various ages.

People with Pompe disease have an absent or deficient acid α-glucosidase (GAA) enzyme, which works to break down glycogen, or sugars, in the muscle for energy. In people with Pompe disease, the resulting buildup of glycogen over time causes muscles and organs to function abnormally and eventually fail. If left untreated, people with the late-onset version of the disease will often come to become reliant on wheelchair and/or ventilator use.

Pompe disease is extremely rare and while low case numbers make it difficult to know the total number of people living with the disease, it is estimated that fewer than 100 Canadians have Pompe disease.

Treatments available are dependent on the individual, but may include various specialists and therapies to assist patients in recovering and maintaining motor and respiratory function. These could include physical/occupational therapy, nutrition/dietary therapy, or others. The only drug treatment available is a type of enzyme replacement therapy, or ERT, which is the standard of care for almost all patients and has been approved for use in Canadian patients since 2006. ERT replaces missing or deficient GAA enzyme with a biomanufactured version so that the body can continue to break down sugars normally. Early diagnosis and treatment with ERT is important, as studies have shown that those with the late-onset version have the potential for better health outcomes and quality of life if they are started on ERT within 3 years of diagnosis.

When Brad Crittenden was 44 years old, he had been waiting for four years to figure out the reasons for his abnormal blood testing. This means for four years his Pompe disease went undiagnosed, which may seem like a long time but if you talk to him, he will tell you four years is quite short in terms of how long it can take to come to a diagnosis for a rare disease. This is because rare diseases are not well known in the medical community and often go undiagnosed or misdiagnosed for long periods of time. That means for many people, they go years experiencing symptoms without knowing what exactly is wrong with them, or what their treatment options are, or what the future holds. This living with the unknown can have detrimental impacts on many areas of a person’s life, both personal and professional. Brad says “I don’t think we can ever discount how important it is to diagnose the patient. Because even if it’s a disease with no treatment, to get diagnosed is a relief.” He says getting a diagnosis also allows people to connect with other families who are affected by the disease, and to get the social support they need to deal with the disease. You can stay up to date with research and get to know what clinical trials might be going on.

For Brad, he was fortunate that at the time he was diagnosed with Pompe disease he was quite physically active and was not experiencing severe symptoms. However, a few years after diagnosis, he said it was “like falling off a cliff. I could barely climb stairs. My breathing had worsened significantly which impacted my ability to do basic things like sleeping.” He said that he was unable to function to the point that if he had been working at a traditional job at that time, he would have essentially been unemployable due to his physical limitations. He was able to start ERT which allowed his health to rebound. He says that even though he has the late-onset, less severe form of the disease, it

“is still life shortening without treatment…it still means that I will eventually die of respiratory failure.”

Brad is now working as Executive Director of the Canadian Association of Pompe, which is a non-profit society for families affected by Pompe disease. Due to his disease, he has a lot of healthcare appointments and logistics that a typical employee doesn’t have to worry about. He gets infusions of ERT once every two weeks, and he is often tired for the full next day. He also says that the disease leaves him fatigued a lot of the time, and that he always has an appointment of some kind or another, all of which really affect his ability to work in “what you would think of as a normal way.” As such, it’s important that employers ask employees with Pompe or other rare diseases what they need in terms of accommodations. For Brad, this means having the ability to manage his own time and work from home. He also acknowledges that it may take more effort to employ someone with a rare disease, but that they tend to be very loyal employees and it is worth investing in them for the long term.

An additional step employers can take is to raise awareness among employees about the disease and about how they can support their colleagues with the disease. This can reduce the burden of explaining and advocating for themselves, which happens constantly for Brad. Although at work he is surrounded by people who are understanding of his disease and are able to accommodate him, he knows others are not so lucky. When it comes to accessing medical care, he sees many specialists, the majority of whom have never heard of Pompe disease. He is repeatedly responsible for explaining his disease so that he can receive appropriate and adequate medical care. He says sometimes they do not understand the significant impacts of the disease on him, and that he has even quit seeing medical providers in the past who he didn’t feel were treating him and his disease adequately. This type of constant explanation likely translates to the workplace as well, and would benefit employers and employees alike to get to know the impact of rare diseases on employees and their families.

Lastly, treatment costs for rare diseases pose a significant barrier for individuals and can lead to poorer health outcomes. In 2019, over half of the drugs available for rare diseases in Canada cost over $200,000 per patient annually. Currently, private health plans from employers cover 13,000 Canadians with rare diseases (out of 26 million Canadians in total who are privately insured). In 2020 alone, private employers spent over $650 million for rare disease drugs for Canadian employees. As such, the Canadian federal government has committed to the development and implementation of a National Strategy for Drugs for Rare Diseases, which among other things aims to ensure access to high-cost drugs for rare diseases for all Canadians. bh