Going Global at Work: The Winter 2019 covers, the backstory…

In January 2016, the Hadhad family arrived in Canada as refugees and settled in Antigonish, Nova Scotia, under the sponsorship of a community group, Syria Antigonish Families Embrace (SAFE). Back in Syria, the Hadhads had operated the second largest chocolate factory in the middle east. After only a few weeks in Antigonish, they began making chocolates again, this time in a tiny factory built for them by community volunteers. Business thrived – as we describe in our Bottom Line – and soon, with the help of a local development manager at Sobeys – as explained in View from the Top – the new company, Peace by Chocolate, relocated to the present factory location at 746 Cloverville Road, Antigonish.

Our cover shows the Hadhad family in front of the new factory. Isam, the chocolatier, and his wife are flanked by their children. Son Tareq, company founder and CEO, is at the far right. When asked by CBC Ottawa about the unusual name of the company Tareq spoke of the importance of peace to a family that has so recently experienced war. He cautioned that no one should take peace for granted. “Peace,” he said, “is the noblest value on earth that everyone should fight for.” The name of their company, their slogan – “one peace won’t hurt” – and their products all send a message of peace, harmony, diversity and inclusion.

In keeping with the goal of promoting peace and giving back to others, Peace by Chocolate has entered into fund-raising partnerships with many organizations. As described in our Editorial, they created the Welcome to Canada bar for the Refugee Hub, an Ottawa organization the promotes refugee sponsorships. Their pride flag bars support the LGBTQ community. Their Nitap bars were developed in collaboration with the Paq’tnkek Mi’kmaw Nation, just east of Antigonish. Nitap is the Mi’kmaw word for “friend.” Profits from their sale will help fund indigenous nitap programming.

Peace by Chocolate offers a wide range of chocolate products, from boxed candies to seasonal holiday bars, t-shirts to tuques. Products are available from their website and at their tiny store – their original factory at 32 Bay Street, Antigonish – at selected specialty stores across the country, and nationwide at Sobeys, Foodland and Safeway stores. bh 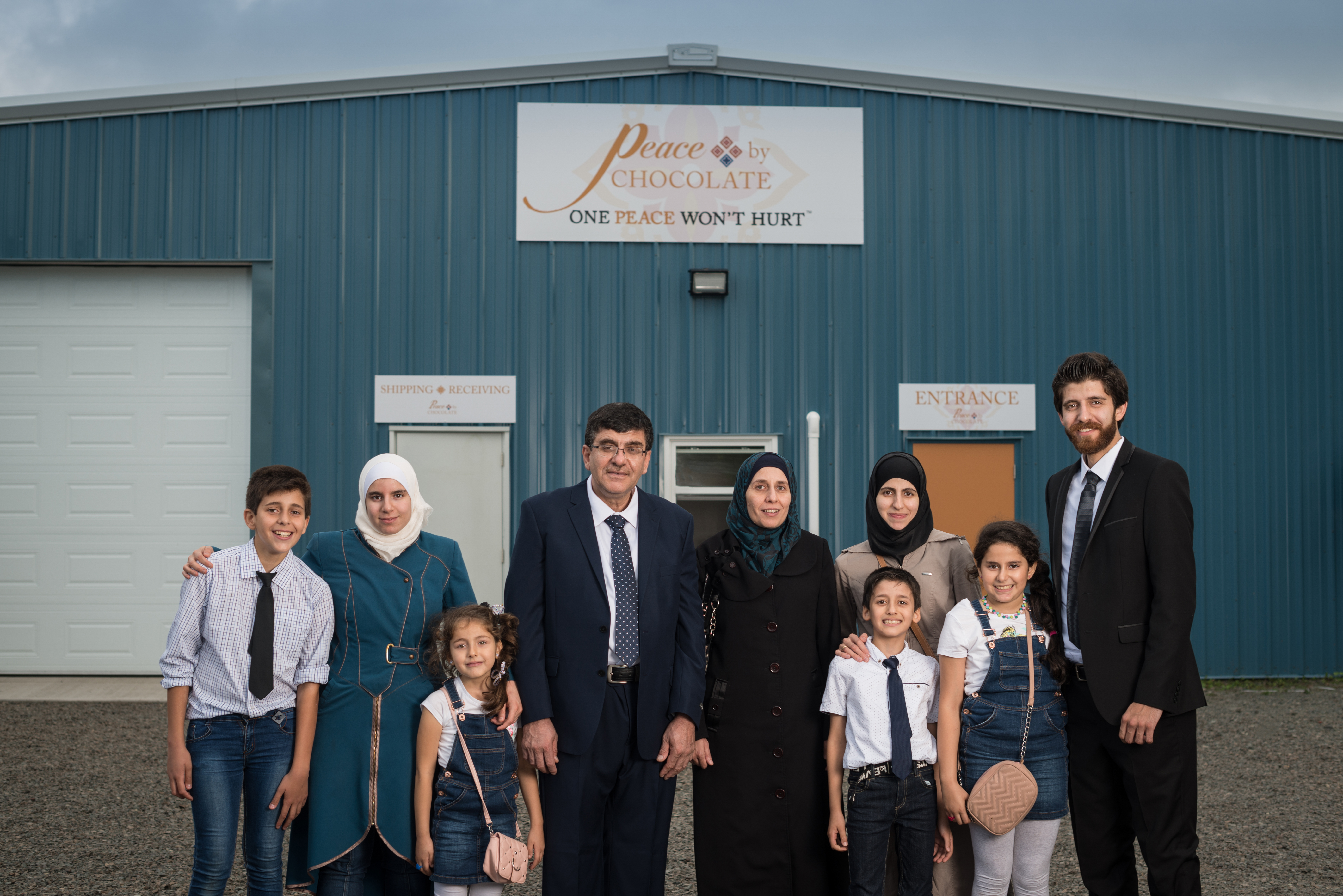